Why we are Biased and How

Cognitive biases are essentially thinking habits. They are tendencies to filter inputs through our own experience and opinions.

The list of cognitive biases that are recognized by psychologists is so long that it runs into pages. We all operate biases, and they fulfill an important role, but they can also inhibit our ability to have fulfilling and productive conversations. If we can recognize the key ones, we have more choice about how to respond.

Why do we have them?

They act like ‘thinking shortcuts’. The human brain is capable of receiving huge amounts of information every second but there’s no way it can process such quantities of data. The solution is to rely on filed perceptions of the world so the brain doesn’t have to re-evaluate it constantly. Think of it like a cache system on a computer: by storing certain bits of data, the computer can retrieve information more quickly than if it has to search afresh.

What are common examples?

Our thinking tends to be negatively biased and we often focus on what’s wrong rather than what’s right. This can be especially true when we interact with the people that are closest to us.

Here’s an analogy. Our taste buds are much more sensitized to bitter tastes than sweet ones, since bitter tastes are more likely to be toxic and need immediate rejection from the body. In the same way, negative feedback and criticism are more ‘sticky’ in our minds than praise or acknowledgement.

As a consequence, we’re liable to complain that someone ‘never has a good word to say about us’ or that our partner ‘always finds something to criticize’.

It’s much easier to listen in order to confirm our existing views than to genuinely consider someone else’s, especially if it contradicts with our own. For this reason, arguments often follow well-worn pathways where we ‘fight to be right’ rather than making genuine attempts to listen.

For example, broadcasters now run ‘worm polls’ during live TV debates, where viewers register real-time responses to what they are hearing. But people’s reactions are hugely influenced by which candidate they are supporting.

In the run-up to the elections which brought President Obama into the White House, the two presidential candidates sparred in the traditional live debates. After one of them, a spectator gave McCain a five star rating and Obama one star, saying ‘The Republican scored big, his opponent looked angry and stumbled repeatedly.’ And yet the next commentator, who saw the same footage, gave Obama four stars and McCain one star, saying ‘Obama has cornered the market on stature, temperament, and control. Where McCain was nasty, Obama was unflappable.’ Their comments were influenced by their confirmation bias.

All too often, our confirmation bias can dominate our disagreements with one another, making it difficult to stop and listen. The conversation would go much better if we learned to listen from the 2nd and 3rd perspective.

How do I stop being biased?

It’s not as simple as being able to turn them off, like a light switch. The best we can hope for is to understand what our thinking habits are, so we can notice when we are operating them and make better choices based on what’s really important to us. 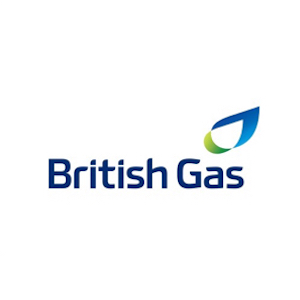 "Rob is the most on-target and effective transformational coach and team builder I know. He achieves inspiring results that measurably drive team and individual performance and energy."